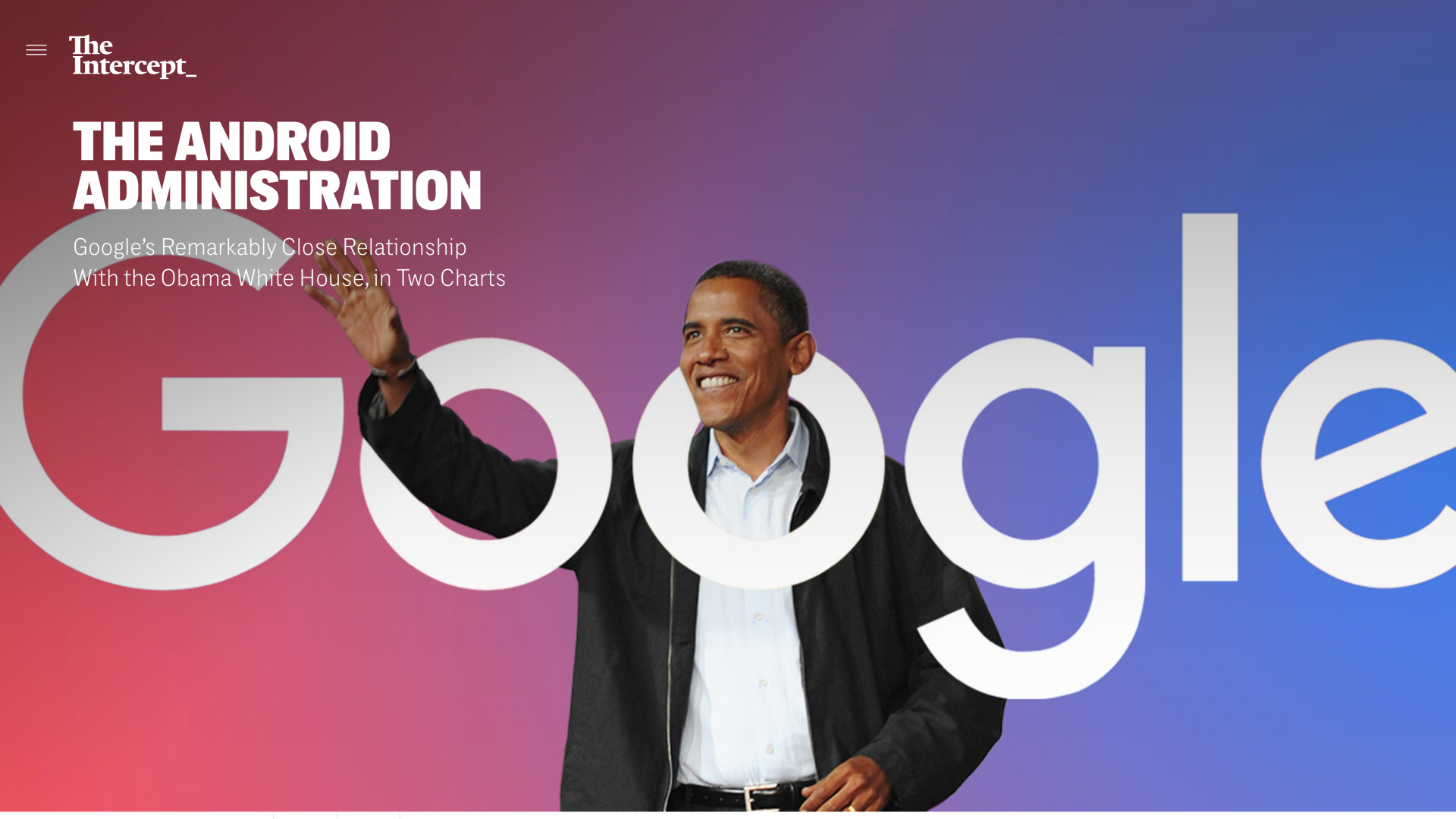 The next breaking news story could be hidden in plain sight. This was the case when reporters at The Intercept uncovered evidence of too–cozy–for–comfort relations between the Obama Administration and Google. They contacted Accurat for help in creating a digital experience that shone a spotlight onto opague public data to expose corruption.

Transform public data into a digital experience to raise awareness of a breach of public trust.

Two interactive charts that encourage users to investigate and explore data themselves.

When The Intercept—an award-winning publication with a proggresive slant—conducted a deep–dive investigation into communications between the White House and Google, they uncovered a staggering volume of meetings between the two organizations, plus a revolving door of personnel. Editors realized the need for a strong showcase for their data–driven reporting to make its (un)ethical implications clear—and accessible.

We created two interactive visuals from the Intercept's data, both of which invite users to a web experience to connect the dots (literally) between key figures at the White House and Google and draw their own conclusions. The first graphic illustrates the volume of meetings between Obama administration officials and Google representatives.

The second interactive casts into light the number of White House employees that went on to work at Google, and vice–versa. Both experiences utilized line graphics to illustrate dense cobwebs of connections, suggestive of entanglement.

The interactivity of designs allows users to feel as though they themselves are part of a fact–finding mission: a precious feeling for a politically involved reader during an election year, and a win for a news publication that endeavors to fight against disengagement.

GO to 'The Android Administration' on TheIntercept.com